A Mother’s Fight for Normalcy During Her Cancer Journey 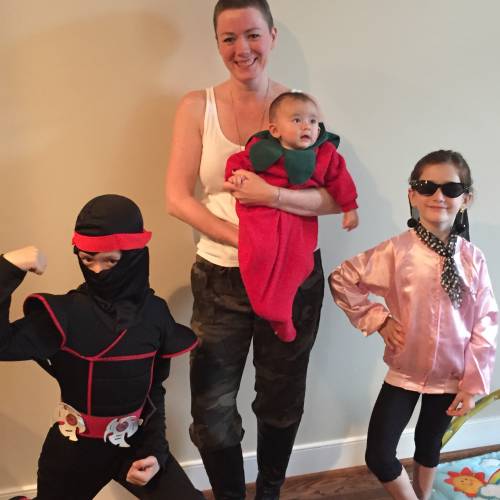 To Debbie Lubeck’s children, cancer was a normal part of life. And that’s how she wanted it to be for them.

“I put a lot of my focus into protecting the kids and maintaining normalcy,” she said. “Clearly, our lives were not normal during any of that, but I didn’t want them to know how abnormal it was.”

Debbie’s situation, though, was extremely abnormal. She was 40 years old and 23 weeks pregnant with her third child when she was diagnosed with breast cancer.

“I was the first pregnant person my oncologist had treated.”

The one-two punch of a pregnancy and a cancer diagnosis surprisingly made the situation easier for Debbie and her husband, Marty.

“I don’t think the kids realized I stayed home that long because of cancer,” she said. “They thought it was because I was taking care of their sister. To their little brains, it was like ‘This is what happens when mommies have cancer and a baby, they get to stay home longer.’”

At the time, her now five-year-old daughter had no concept of what was happening.

“She thinks it’s funny that mommy used to be bald,” Debbie said. “She’s too young to understand now, but it’s part of her story that will be important for her to know.”

Right before Christmas 2016, Debbie received the best phone call she could ever receive from an oncologist: she was cancer free. 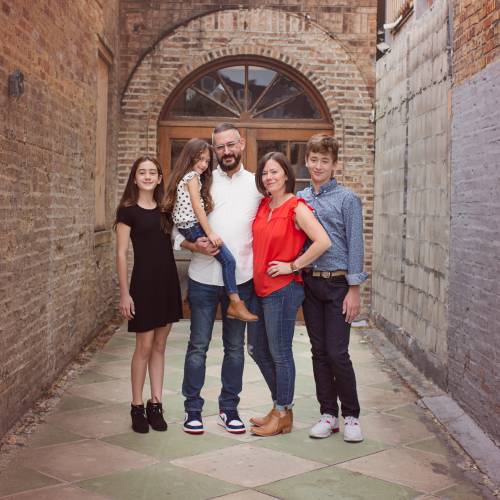 “I told my son ‘I’m not sick anymore,’ and he said ‘You haven’t been sick the whole time.’” 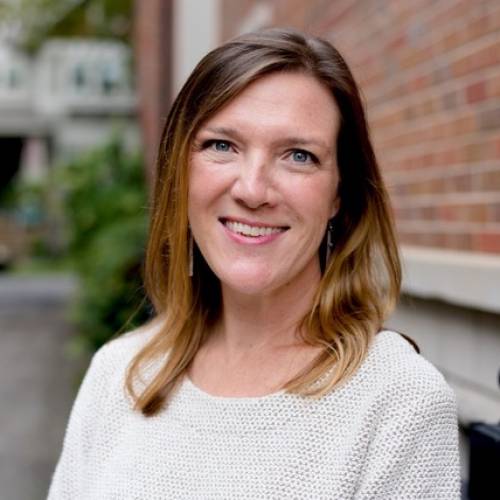 As a 2020 Brushes with Cancer Inspiration, Debbie was paired with Artist Amanda Brodie Stenlund. Being similar ages and both having young children, there was a lot to connect on.

“Kids turn to moms for comfort. Moms are their safe place,” Amanda said. “Debbie was going to do everything she could to keep being that safe place for her kids, and that is what we have in common.”

Of course, those deep, interpersonal connections strengthen over time, which is how Debbie and Amanda’s relationship progressed.

“The first few phone calls were like being on a date with someone and getting to know them,” Amanda said.

“I’m sure I had a giant glass of rose,” Amanda said with a laugh.

But those early, awkward interactions were intentional, and paved the way for an incredible experience for both Inspiration and Artist.

“I was purposeful with those conversations. I didn’t want to jump out the gate and say ‘Tell me about your cancer.’ I wouldn’t want to say that to a stranger.”

And by doing that, Stenlund created a safe environment for Lubeck to share all parts of her life.

“I wanted to know more about Debbie the woman before Debbie the cancer survivor.”

Not just paint on a canvas 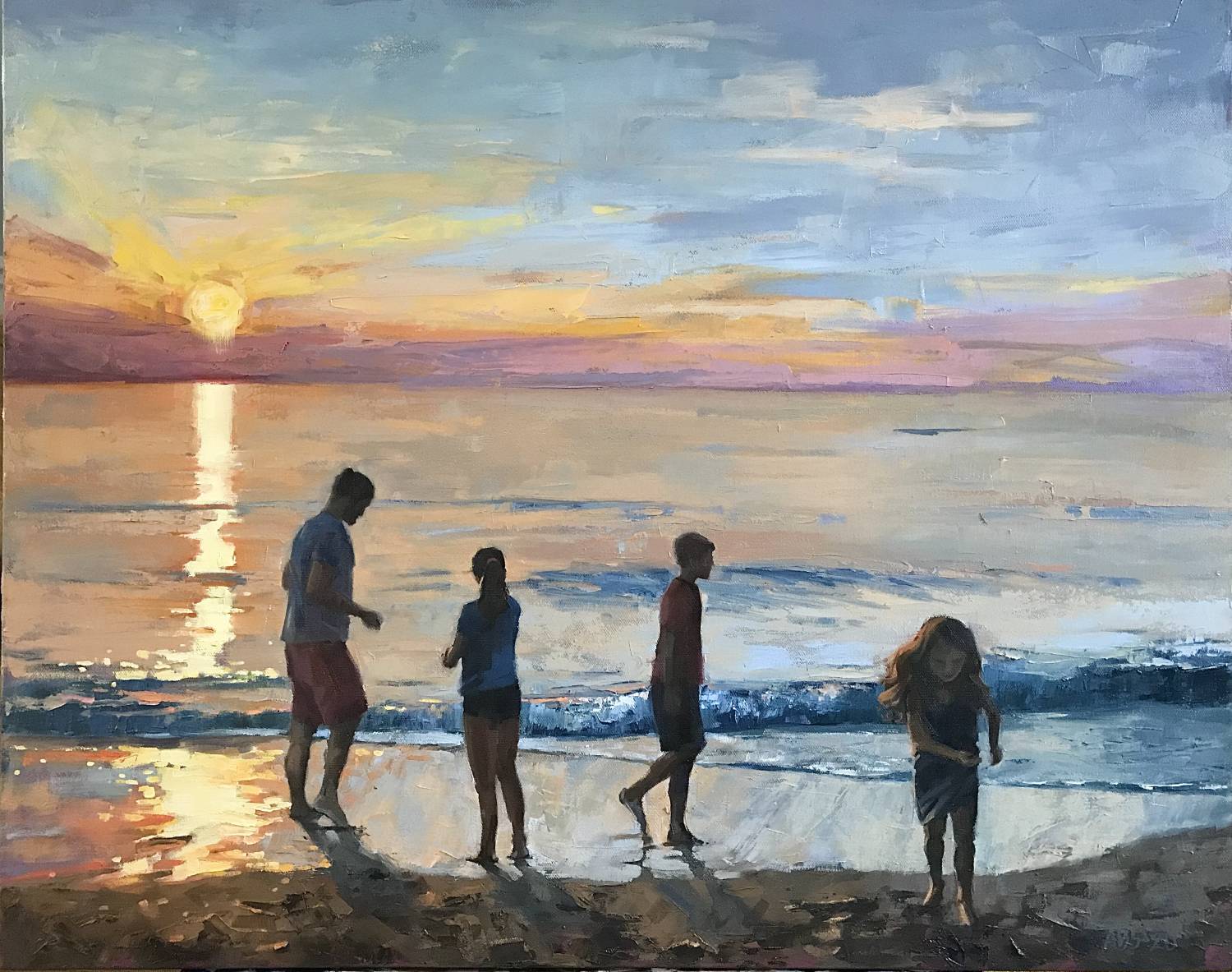 By wanting to understand Debbie the person, Amanda was able to get a well-rounded picture of Debbie’s journey. A journey that centered on protecting her children no matter what.

“The thing that struck me with Debbie’s story – and what I wanted to focus on with the artwork – was how she was trying to protect her children’s day-to-day life from her own day-to-day struggles and fears and stresses with cancer.”

Amanda took a journey filled with fear and uncertainty and turned it around for Debbie and her family. The final painting is everything that gives Debbie comfort: her favorite place with her favorite people.

“The Michigan lakeshore is Debbie’s happy place, and I wanted to honor her with its beauty and serenity after she had concealed the stresses of cancer to provide a peaceful setting for her children’s lives,” Amanda said in her artist’s statement. 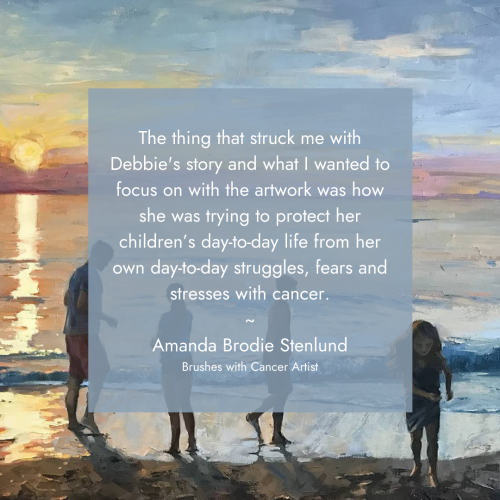 While Debbie admitted she was nervous to see the final result, those nerves didn’t last long during the reveal.

“It was clear in the finished piece that it was made lovingly – not just paint on a canvas because there was an assignment to do,” Debbie said. “It was this moment of, ‘Those are my people.’”

“Part of Brushes with Cancer is being able to have that story, because someone is going to Google this someday,” Debbie said. “I hope this is a story where they can feel safe and encouraged.” 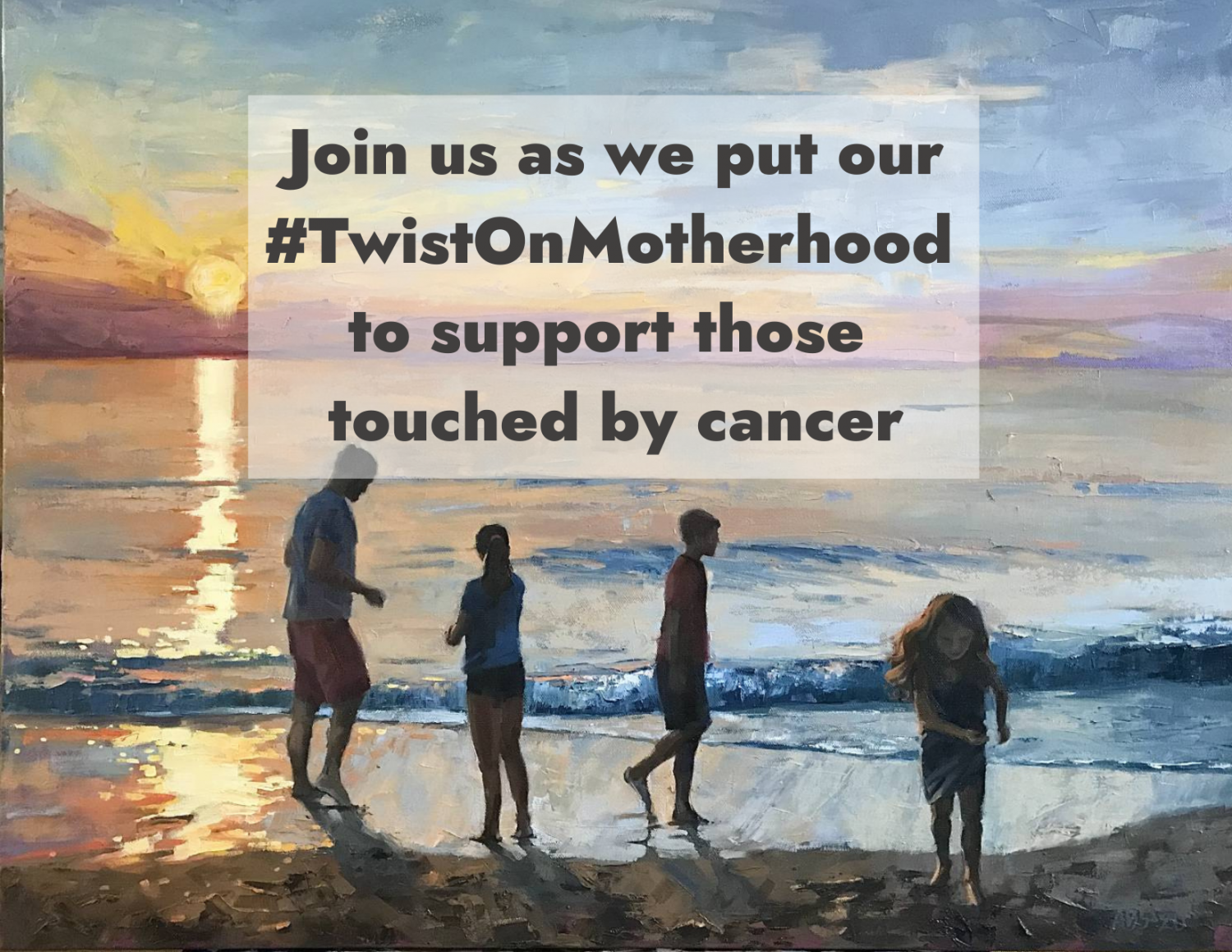