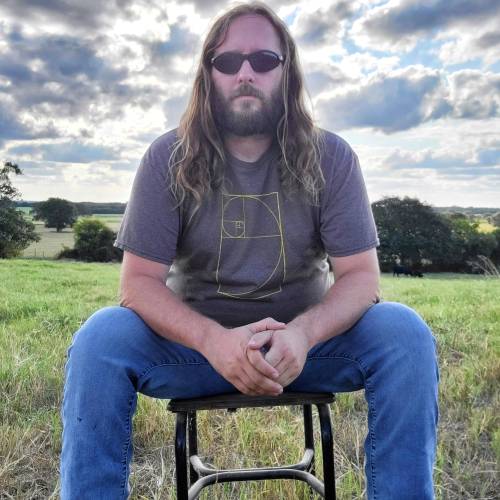 When Erin Harris signed up to be a Brushes with Cancer Artist three years ago, he viewed it as the perfect way to honor his mother’s memory. On May 15, 2016, Erin’s mother ended her two-year cancer journey.

“I witnessed how hard it was for her,” he said. “There were many triumphs and many losses – the whole rollercoaster.”

The loss was a blow for Erin, who grew up with his parents being a huge support system.

“I was lucky enough to grow up with both parents supporting all my dreams, whether they crashed and burned or succeeded,” he said. “They gave me the freedom to chase something that I loved. I wouldn’t be where I am now without their support, and being able to have the accomplishments I’ve had when they were both alive is a great thing.”

Still, grief can overshadow the bright moments and Erin said he deeply struggled in his mother’s absence – especially within that first year.

“I always felt that when you lose someone you love, the hurt is proof of how much you love them,” he said. “So, you go with it and feel it and let yourself have all the emotions that come with it.”

It was his art that helped Erin take the first steps toward healing. Through wooden sculpture, Erin creates representations of sound waves. A Chicago-based hotel commissioned one of his large pieces a year after his mother passed.

“I was able to record myself saying ‘This one is for you, mom,’” Erin said. “I neglected a lot of my passions and this was a way for me to get back into my art. Making that piece helped me realize what’s important.” 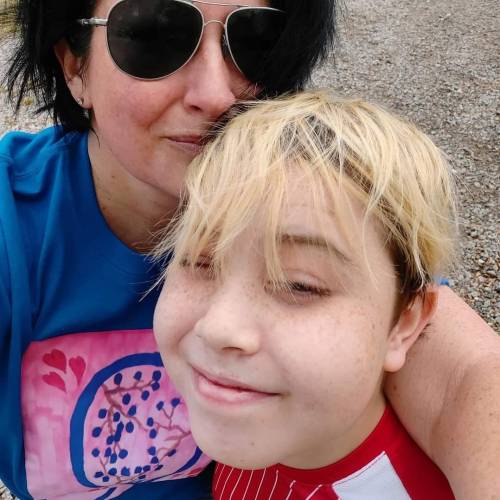 In 2021, Erin was paired with 13-year-old Jackson Forssberg and his mother, Lisa Howard for his third Brushes with Cancer experience. Even as a seasoned Brushes Artist, Erin was not prepared for the path ahead.

“I won’t lie or sugarcoat,” he said. “It was extremely rough.”

But because he was a seasoned Brushes with Cancer Artist, he was more prepared than he realized.

“I knew the process, I knew what was expected and what needed to be done – but each year is different, each person is different and their situation is going to be different.”

At the time, Jackson was in the middle of aggressive treatment for stage four colon cancer, so Erin only spoke with his mother, Lisa.

“I talked to Lisa three times because their schedule was nonstop – trying not to look at the potential end result,” he said. “They were living, going and fighting, so I feel bad we didn’t get to talk much, but I understand why.”

Although the time spent together was brief, Erin already had a deep understanding of what it’s like for a mother and son to go through such hardship together.

“Because I’ve had firsthand experience, I can relate on a different level,” he said. “I have my own story, and that can lead to being able to connect quicker.”

In February of 2022, Erin received devastating news. His Inspiration, Jackson, had passed.

“When someone of any age passes from cancer, it’s tragic and sad,” Erin said. “But something hits differently when it’s a 13-year-old boy.”

“It’s a physical representation of a memory, song – anything recorded,” Erin said. “With that format, I’m able to get really personal, because every piece is unique.”

Through videos Lisa shared of Jackson, Erin carefully chose which moments he wanted to memorialize forever.

“The small, little things take front and center,” he said. “Those memories are the only thing you have when someone leaves, so they take on a whole new meaning.”

By spending time with the videos, Erin got a full picture of who Jackson was.

“I was so blown away by the fact that you could tell he was just a kid trying to live the life of a kid – and he was living it,” Erin said. “Just seeing Jackson laugh and going on fishing trips and doing normal things when he wasn’t in the hospital made me appreciate him even more.”

When creating Jackson’s work, titled “Collection of Memories,” Erin brought along his perspective of deeply knowing what it’s like to lose a loved one and have those small memories slip away. So, Jackson’s art focused on those small, mundane, run-of-the-mill moments.

“I know how important those little things are when you lose someone you love,” Erin said. “Not the huge memories – those stay – but all the little things you desperately try to hold onto, because those fade away over time.”

As he worked, Erin didn’t tell Lisa about his plan. Instead, he gathered up all the content he used in the piece and sent it to her with the backstory – the specific sounds he used and why – so she had the complete story behind “Collection of Memories” all at once.

“Lisa focused every bit of herself on being there for him and giving him the best care and being by his side every minute of the day,” Erin said. “To me, that speaks worlds that he lived his life the best he could and she fought with everything she had. Lisa has been through more than one person should have to go through, and it’s a testament to who she is.”