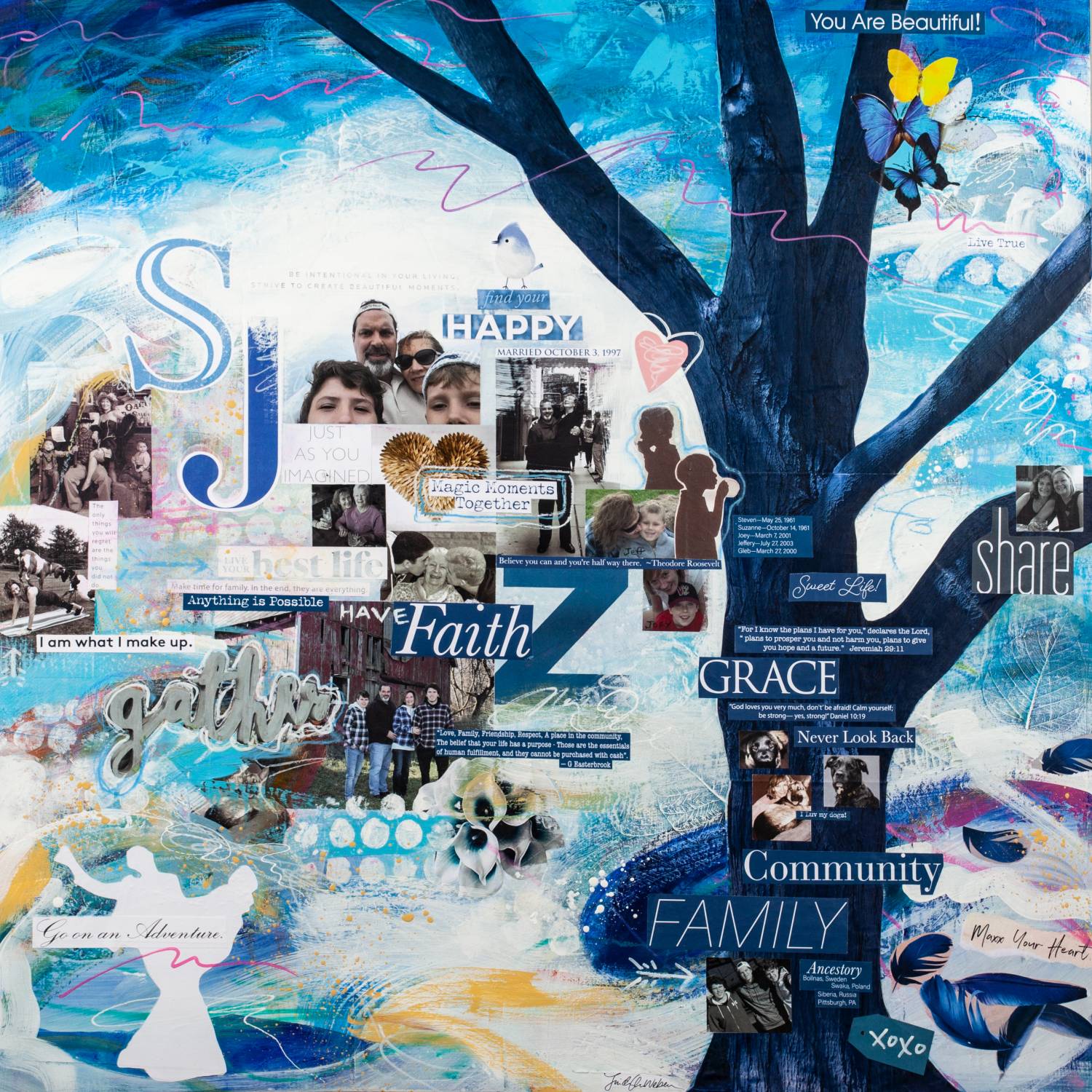 In January 2020, Suzanne Zabawsky and Linda Ann Weber sent in their Brushes with Cancer Chicago applications with one request: they be matched together.

The two go back to 1979, when they first met in college as freshmen living in the same dormitory. The two instantly connected and spent college years by each other’s side, living together beginning their junior year of college and two years after graduation.

As they both made their way through life – Zabawsky later moving to the suburbs and Weber moving to Chicago – the two kept their bond.

Shortly after she was diagnosed with stage 3.5 pancreatic cancer, Zabawsky reached out to Weber with the difficult news.

Basically, anyone who knows Zabawsky was shocked by the diagnosis. A health nut, she was working out five-to-six days a week at the time and is mindful of her overall wellness.

“I’m so healthy that when the doctor said it, I thought ‘You’re looking at the wrong chart,” she said. “Not me. Cancer doesn’t run in the family, I don’t take any meds, I don’t smoke and I only have the occasional drink. It’s just not me.”

When Weber learned the news, it was two weeks after she applied to be a Brushes with Cancer artist. Weber recognized a unique opportunity for the two to deepen their relationship and help Zabawsky with her healing process.

“I reached out to Suzanne about Twist Out Cancer and asked her if she wanted to be involved together,” Weber said. “Suzanne and I were able to do art-therapy workshops together before COVID-19, so that’s how it started.” 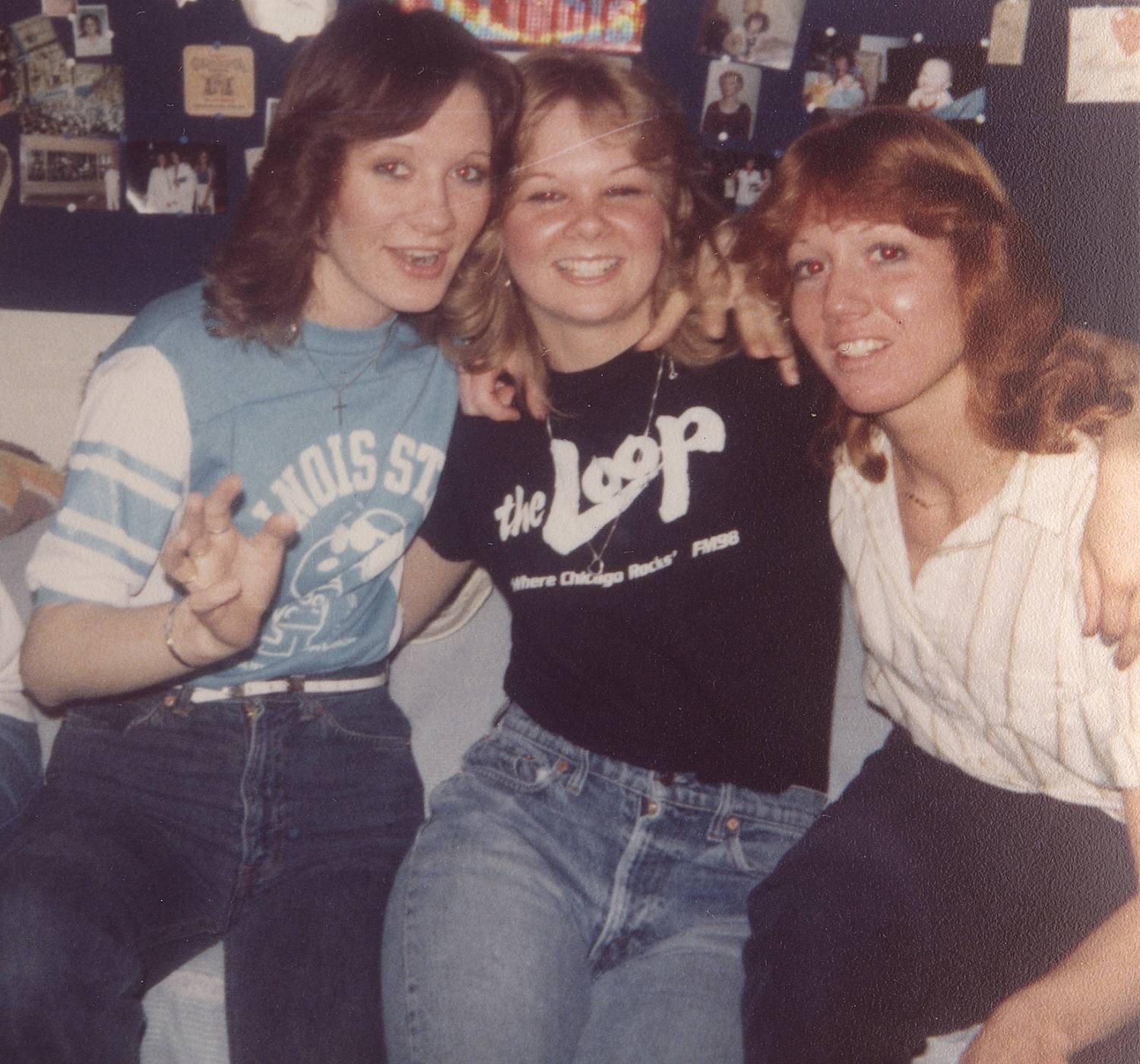 Support helps through the tough parts

Throughout her cancer journey, there was one thing that remained constant in Zabawsky’s life: support.

“I have pity parties every once in a while. My family knows that when I go upstairs, I have my little party,” she said. “But I have diff areas of support that are always there, so I don’t get those pity parties often.”

A hockey mom, Zabawsky and her family received three meals a week from her fellow hockey parents. She also found support from her boss and colleagues.

“My boss asked if I used PayPal, and all of a sudden, people gave me donations,” she said. “I’ve been working hard hours, but I work for a really good company. As soon as they found out I had cancer, they packed me up and had me work from home.”

Zabawsky also had Weber, one of the people who knew her best.

“Being in college, we knew each other really well,” Zabawsky said. “You know their soft spots, what keeps them strong, so this goes back to the way it was in college.”

When the two connected, they got straight to business enjoying all the great memories that built their relationship.

“We were just reminiscing about the people we used to hang out with, talking about boys, what we used to do,” Weber said.

“We talked more about boys than school,” Zabawsky added with a laugh. “You talked a lot about art history.” 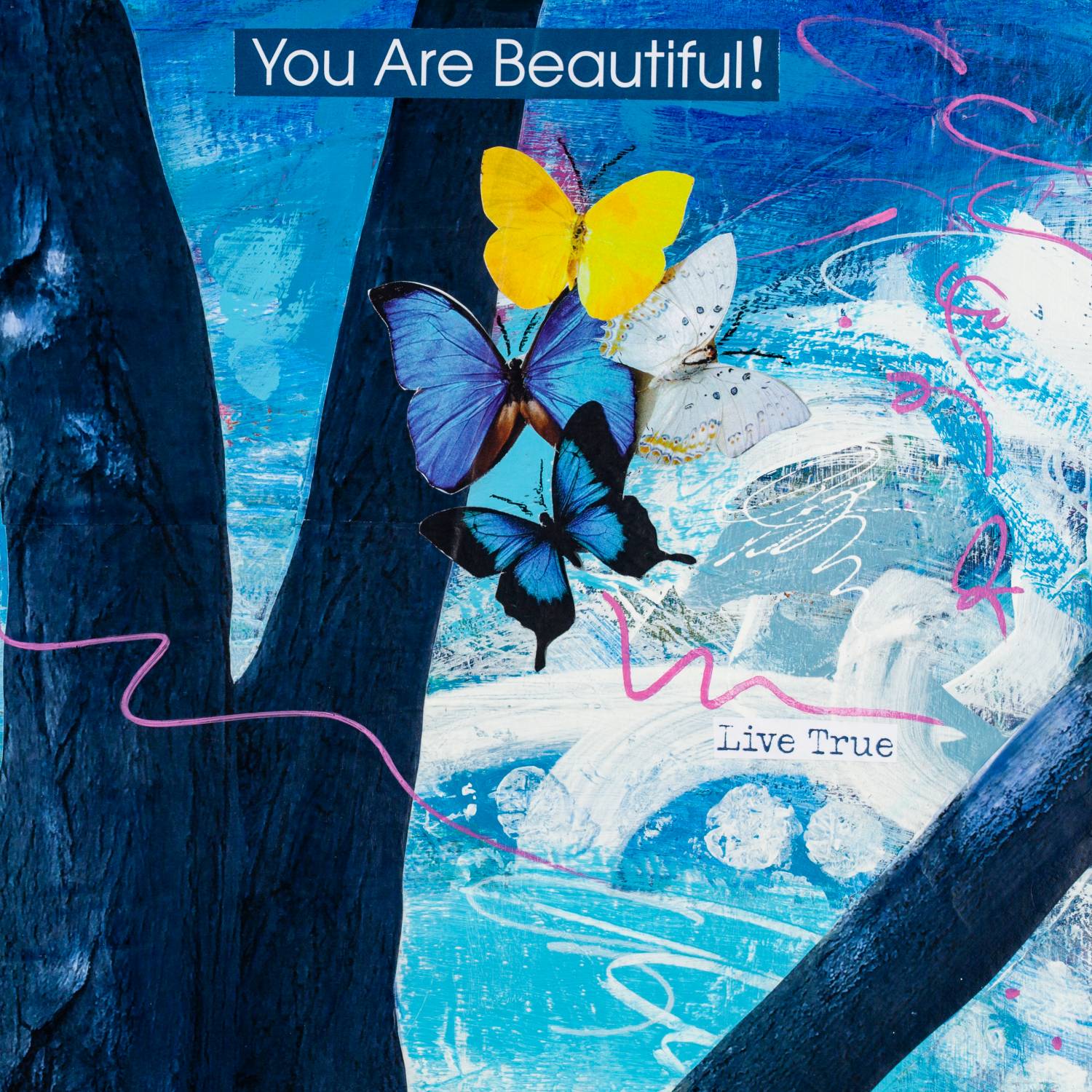 You Don’t Define Me

Weber, a mixed-media artist, was inspired by the words and images Zabawsky posted on her Facebook page throughout her cancer journey. She particularly enjoyed Zabawsky’s posts because they were positive and uplifting.

With Facebook, Zabawsky is able to communicate updates to loved ones, which cuts down on the mental energy it takes to answer calls, texts, emails, mail and more.

“I’m working full time through this whole thing and everyone is constantly asking what I’m doing and how I’m doing,” she said.

Inspired by Zabawsky’s positive social media posts, Weber knew she had to incorporate words into her piece, so she asked Zabawsky to share any letters, words and phrases that are important to her.

The painting was in Zabawsky’s possession, but it would be some time before she’d see it without its plastic-wrapping case. Brushes with Cancer Chicago is when she finally laid eyes on the piece.

“It’s challenging to find the adequate words to express my gratitude. I knew Linda had personalized the art work, but upon opening the wrappings I found out just how extraordinary it was,” Zabawsky said. “Tears came as I scanned all the details of words and colors that were all about me. I’m blessed to have a friend who would put so much effort and beauty together for me.”