For Artist Jennifer O’Brien, Life with Tragedy is a Dance 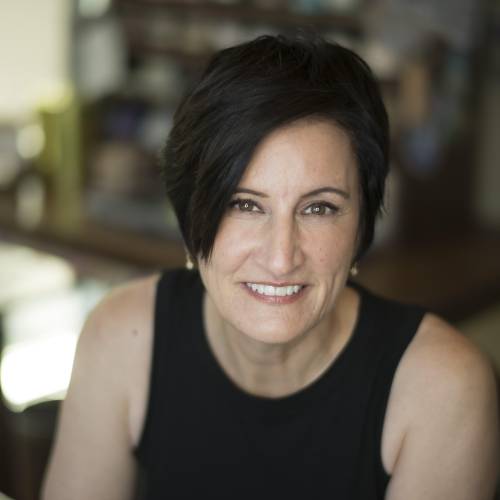 Brushes with Cancer Artist Jennifer O’Brien wants people to stop viewing cancer as a fight. The published author, artist, and healthcare administrator thinks words like “warrior” and “survivor” don’t take into consideration what cancer really is. And she’s right.

“It’s this overused war language,” she said. “It’s not a fight, it’s so much more – it’s love, it’s a sense of humor, it’s negotiation with life’s realities, it’s acceptance, it’s a lot of things. It is not a war and certainly, the people who die of cancer are not losers.”

Instead, she views a cancer journey more as a dance and not a war.

“You’re dancing with it, then the music slows and we have to make the dance as beautiful at the end of life as we do during life.”

Throughout her life, Jennifer has had to manage this dance. Both her mother and husband, Bob, passed from cancer and at 18 years old, she lost her only sibling following an accident.

“When you have exposure to death at 18, it shapes you,” Jennifer said. “It’s one of the reasons Bob and I fell in love. As a hospice and palliative care physician, he understood professionally what I knew personally: that at the end of life comes death; there are no do-overs in end of life; and changed forever it is the loved ones who remain and remember.”

Bob also understood what needed to be done when he was diagnosed with stage four metastatic cancer.

When Bob was diagnosed, Jennifer began an art journal.

“I wanted to document the wisdom and guidance he had been imparting to patients and families for years because we were turning it on ourselves. He was really good at what he did and helped a lot of people.”

For 22 months – from diagnosis to Bob’s death – Jennifer provided care to her husband.

“At first, the best for us would be a targeted therapy that would work with Bob’s cancer and the worst was death,” she said. “And when targeted therapies were not an option, the best ended up being quality time together.”

And that’s exactly what the two focused on. They lived in a large house and downsized to a condo to make things more manageable for Jennifer. They also went on a couple trips to take advantage of as much quality time as possible.

“It was wonderful we had the wherewithal to do that and Bob did that with me,” she said.

“Everything we did to prepare, we would’ve never regretted if there was some miracle cure.”

During this time, Jennifer and Bob also had candid conversations about his cancer, facing death head on. And in doing that, the dance was less overwhelming than it could’ve been.

“Talking about end of life when one is sick does not hasten it, and it probably makes life more comfortable,” she said.

For Jennifer, death is not something you fight. It’s an absolute that everyone has to accept.

“It is the one thing we all do – we don’t all get married, have babies or go to college – but we all die. And if we’re lucky, we love someone.”

However, as anyone touched by cancer knows, there’s nothing you can do to fully prepare for what’s ahead.

“Losing Bob was one of the saddest things to happen to me,” Jennifer said. “None of the things we did to prepare – and we did a lot – made it any less sad. Our preparations did, however, make it less bewildering, less confusing.” 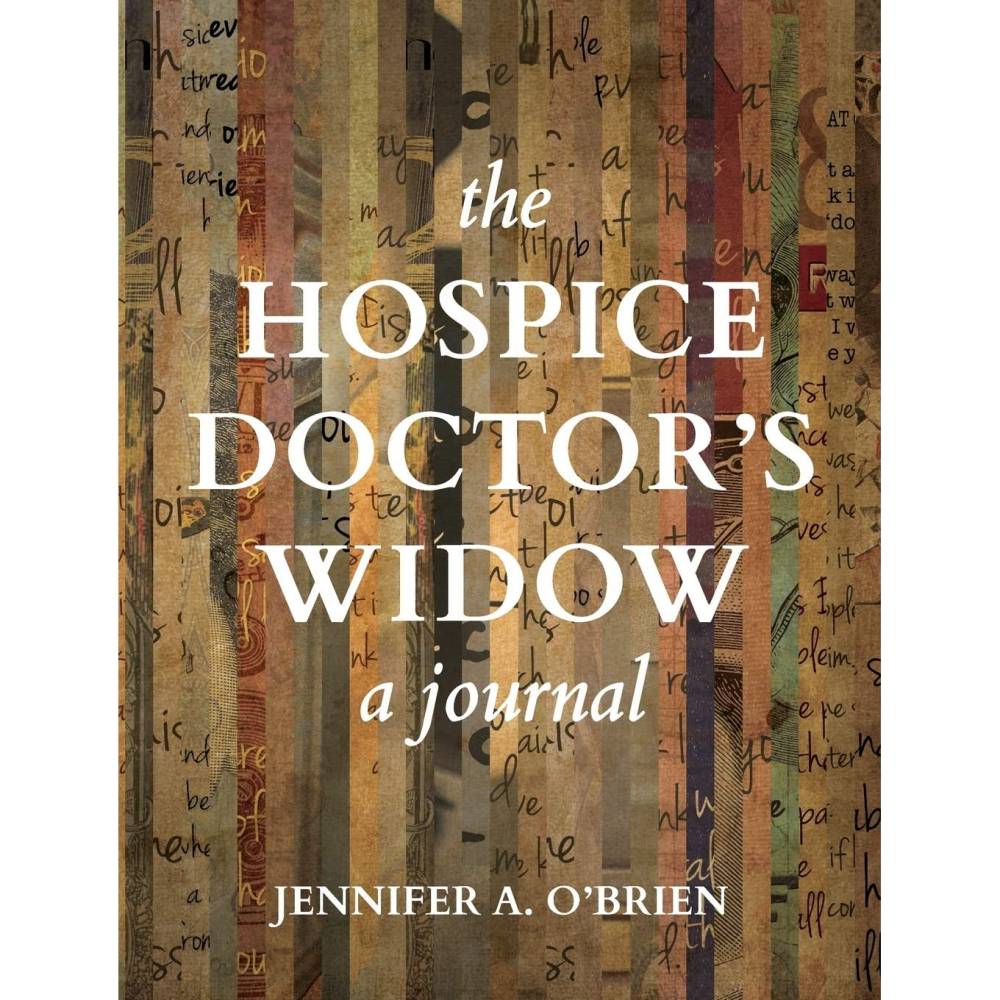 Jennifer turned to art journaling. She began when Bob was diagnosed and stuck with it, jotting down notes to come back to when caregiving took priority.

During those 22 months, Jennifer not only cared but keenly observed. When Bob decided whether or not to try a new form of chemotherapy, Jennifer watched and took notes.

“When a physician goes through the process, it’s different,” Jennifer said. “They inform themselves in a different way, so I observed that and made notes. The notes in my journal are not in physician language, they’re in our language.”

Jennifer – who also does interim CEO work for physician organizations – shared her journal with a neurologist. At the time, he was diagnosing three patients with ALS.

“He took the journal home, came back the next morning and said, ‘You’re not getting your journal back, I am loaning it to patients and spouses because it’s really helpful. You need to find a publisher because that journal helps close the gap between what the doctor can do for the patient and what the family caregiver needs.”

Jennifer did exactly that.

In 2020, Et Alia Press  published The Hospice Doctor’s Widow: A Journal, a collection of artwork and writings completed during Bob’s illness and  after his death. Two thirds of the book focuses on caregiving and the rest is what Jennifer described as “the grieving part.”

The finished product not only memorializes Jennifer and Bob’s dance, but provides insight and guidance to family caregivers in similar situations. 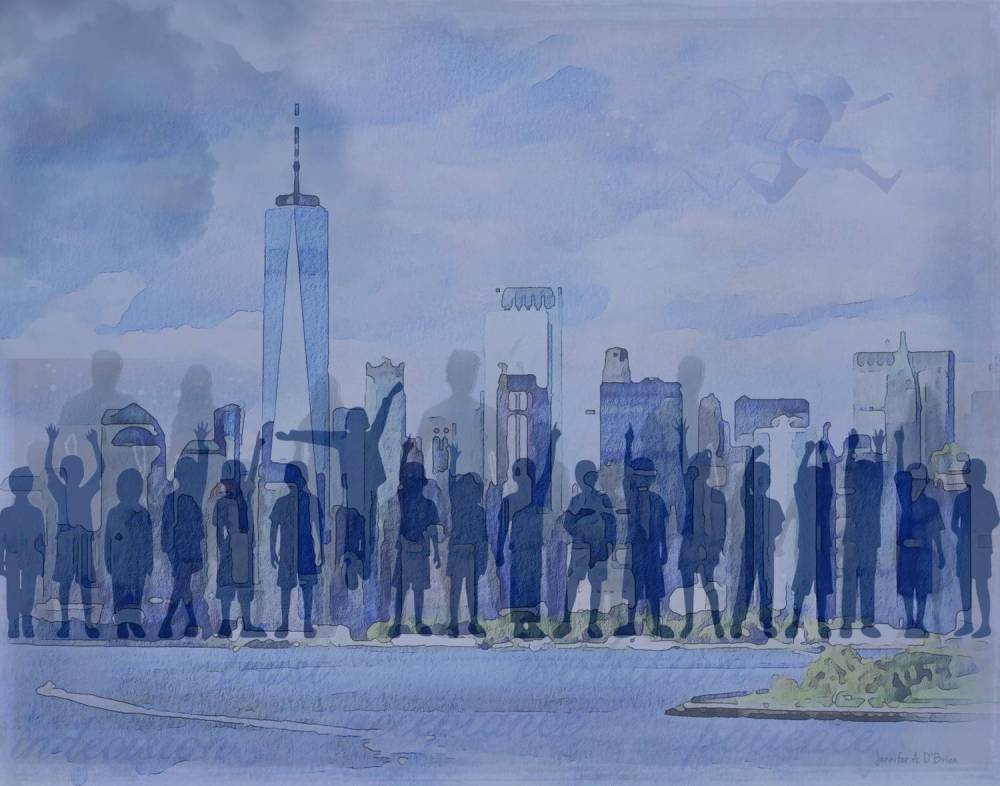 In the nearly two years since Jennifer published her book, The Hospice Doctor’s Widow: A Journal has won four awards, including a  Nautilus Book Award. The book has also taken on a life of its own, providing insight to all types of audiences.

“When people say ‘The book has helped me be a better friend to someone going through something difficult,’ that has been a wonderful surprise – that it has gone beyond simply helping family caregivers.”

And if readers do get a chance to meet Jennifer, they’ll get an important message to carry with them.

“When I sign the book I write ‘The miracle is peace,’ because peace and contentment are the goal. The miracle is not necessarily about being completely healed — it’s a sense of living and loving with the situation we have.”

It’s a sentiment she brought to her 2021 Brushes with Cancer experience, where she was matched with Inspiration Dr. Michael Weiner, a pediatric oncologist whose professional experience informed his own cancer journey.

And just like Jennifer, Dr. Weiner chronicled his cancer experience in a book: Living Cancer: Stories of an Oncologist, Father, and Survivor. The two authors got to know one another, culminating with a beautiful digital collage that represents Dr. Weiner the person.

Dr. Weiner was quite literally an open book,” Jennifer said. “That is, I read his story in his book, Living Cancer, and it provided an abundance of insight and inspiration for the digital collage I created. Dr. Weiner describes his care for pediatric oncology patients and focuses a great deal on their parents as partners in care.”

Living Cancer became an abundant supplement to the one-on-one connections between Jennifer and Dr. Weiner. The resulting piece, a digital collage titled, “Navigating the Parameters of Pain & Love,” carefully ties in the nuances across Dr. Weiner’s  life. Represented are the children he has cared for along with their parents, his home city, and, in the upper right-hand corner, a boy leaping across the sky.

“Dr. Weiner told me the story of a high school aged boy who had been a promising athlete when cancer struck him. After much treatment and care, the boy knew he would soon be relieved of his suffering, talked with his parents about it, and indeed died. The boy in the upper right corner of the piece, running freely through the clouds, represents that boy.”

The boy, along with the other silhouettes in the collage, represent the patients and loved ones Dr. Weiner has selflessly given himself to. In every patient, Dr. Weiner sees a person with fears, dreams and much more.

“I never take someone’s hope away from them,” Dr. Weiner said. “Even if odds were against survival, I felt that even in one person or one in 500, why not you? Why not your daughter or your son?”

In “Navigating the Parameters of Pain & Love,” Jennifer perfectly imagines Dr. Weiner’s beloved NYC with an audience of people who are just a little more hopeful because they met Dr. Weiner.