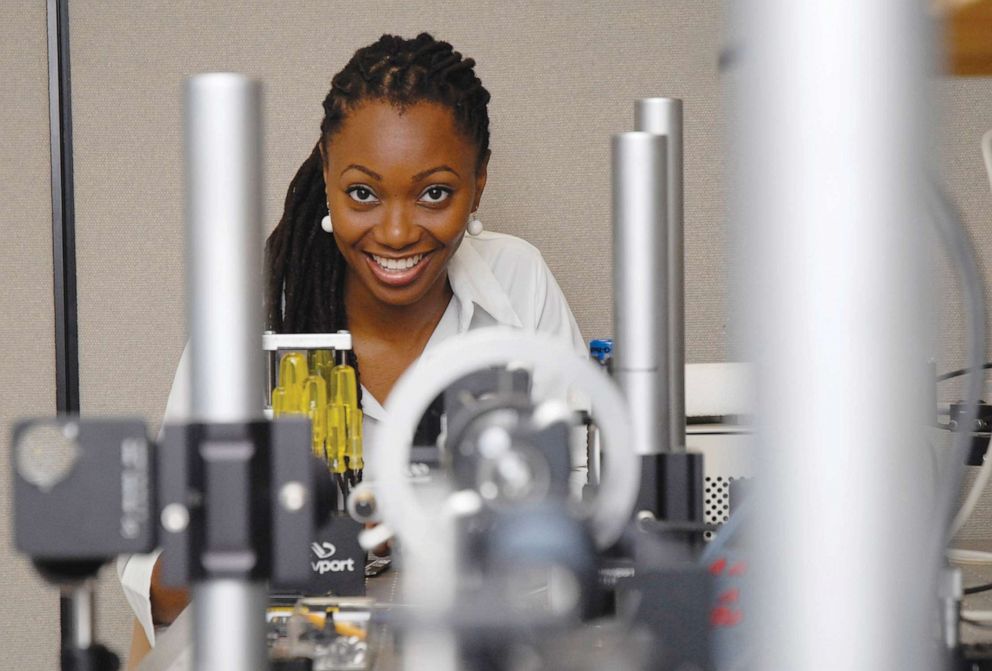 Dr. Hadiyah-Nicole Green did not set out to make history as the first doctor to cure cancer using nanoparticles. But on her journey, she did.

“When I was a little girl, I loved math and solving problems, but cancer was not on my radar until I was 22 and first from my family to graduate college,” Dr. Green said. “I never imagined that I would develop cancer-killing technology.”

History was made in 2014, when Dr. Green and her team published their studies, which showed that her laser-activated gold nanoparticle technology induced complete tumor regression (elimination) with clear tumor margins and healed skin in mice over 15 days after a single, 10-minute treatment, without observable side effects, chemotherapy, radiation, or surgery.

Fast forward to 2022 and Dr. Green is working hard to bring her treatment to the masses. She founded a 501(c)(3) nonprofit organization, the Ora Lee Smith Cancer Research Foundation, to raise the money to cover the human clinical trials and FDA approval expenses with the goal of remaining independent of investors so the treatment will be affordable for all.

Inspired by the $1 billion raised annually by cancer nonprofit charities, her strategy is to raise the $100 million needed to complete human trials and obtain FDA approval via donations and charitable gifts to her nonprofit. Her first fundraising milestone to begin human trials is $10 million, and she has already raised $2 million in crowd-funding and received another $2.3 million in federal funding from the Department of Veterans Affairs.

“I want to create more thrivers and more alivers who survive cancer,” she said.

In fact, her journey toward history-making status is intertwined with her personal cancer journey. A cancer experience that gave Dr. Green a nothing-can-stop-me attitude. 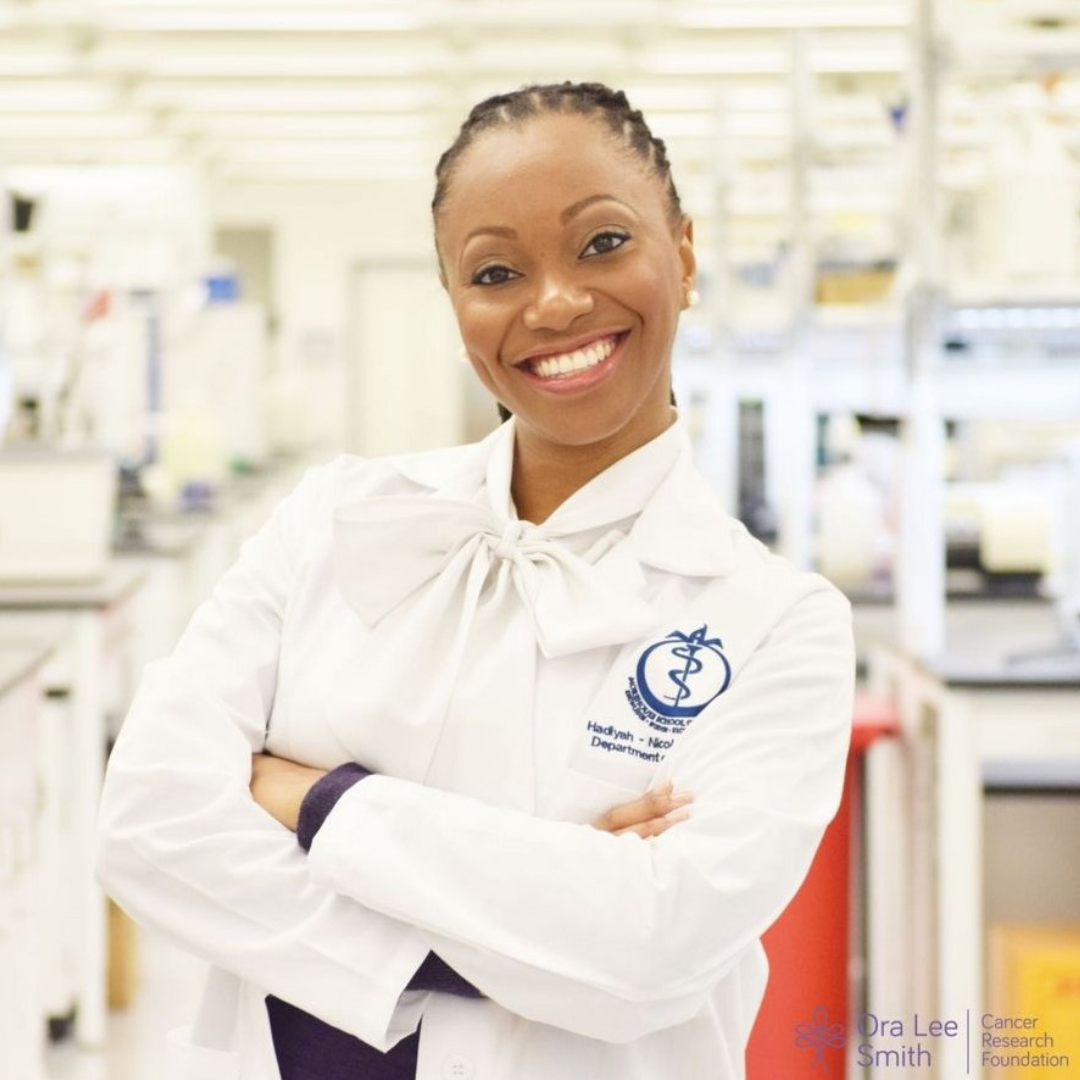 Raised by her aunt, Ora Lee Smith, since age four, Dr. Green credits her aunt for encouraging her independent spirit. Ora Lee taught Dr. Green life’s basics, as well as instilled patience and determination in her at a young age.

“Even as an elementary-school kid, my aunt would tell me what to write on checks to pay bills, and she would have me help her write letters to her friends,” she said. “Also, when I was in kindergarten, my brother had me doing his fourth-grade homework, so I excelled academically. My childhood experiences prepared me for the academic challenges of solving a big problem like cancer.”

She has fond memories of what many would call a mundane, frustrating task. But Dr. Green saw a challenge that played a role in her success.

“My aunt used to have a bunch of necklaces that were entangled. To keep me busy, she’d sit me down so I could focus but I fell in love with the exercise of untangling necklaces. It was so much more than that, symbolically – it was an exercise in patience that helped me on my path.”

It was a path that made her the first in her family to graduate college. The celebration was bittersweet, however, as Ora Lee shared her cancer diagnosis shortly after, as well as her choice to forgo treatment. She dreaded the side effects of chemotherapy and radiation, and chose to live out the rest of her life on her own terms. Ora Lee lost her battle to cancer in 2003, three months after sharing her diagnosis with her family. Being part of her aunt’s cancer journey as her primary caregiver made Dr. Green mindful of the suffering cancer patients have to go through.

“I want to change how cancer is treated and reduce the suffering of cancer patients by providing a treatment that does not have harsh side effects.”

With her aunt’s influence motivating her, Dr. Green went on to become the second African American woman to earn a PhD in physics from the University of Alabama at Birmingham: the first big step toward curing cancer.

“Cancer picked a fight with the wrong family,” she said. “Even though we have lost family members to cancer that I could not save, I have developed a new arsenal in the war on cancer so we can all start winning.”

Going into her research, Dr. Green knew curing cancer was the only option.

“I have the same degrees that Albert Einstein has. I could create new theories, or I could kick cancer’s butt,” she said. “So, let me take this one for the team, because I am smart enough to do this.”

What also helps is how she sees her work as a divine assignment and a ministry. In every patient, she sees an Ora Lee Smith and if she could heal cancer, she will save countless families from the pain her family went through as they face cancer head on.

“Going into the lab was very therapeutic for me,” Dr. Green said. “Absolutely, my work has been healing for me, in addition to grief counseling and self-care.”

Keeping Dr. Green on track is also her mentality toward the work – she knows she’s participating in a marathon, not a sprint. So, she adjusts her schedule and lifestyle accordingly. She is quick to admit to taking naps every day, sometimes even twice a day, to stay sharp and sane. She also begins each day with prayer and a to do list, literally tackling her work one day at a time, one task at a time.

Not only was the organization named in honor of the woman who inspired history-making technology, it represents all of the women who made significant contributions but whose legacies were lost along the way.

“A woman’s legacy is lost when she marries because the husband’s name is passed down to the next generation,” Dr. Green said. “Because of the sacrifices she made for me … the Ora Lee Smith Cancer Research Foundation is a way to say her name, celebrate her life, and invite others to honor their loved ones.”

Currently, Dr. Green is looking for 100,000 people to donate $100 – a reasonable step toward a big, life-changing and world-changing goal.

“This journey has been 20 years in the making,” Dr. Green said. “I have dedicated my life to this and I’m just getting started.”