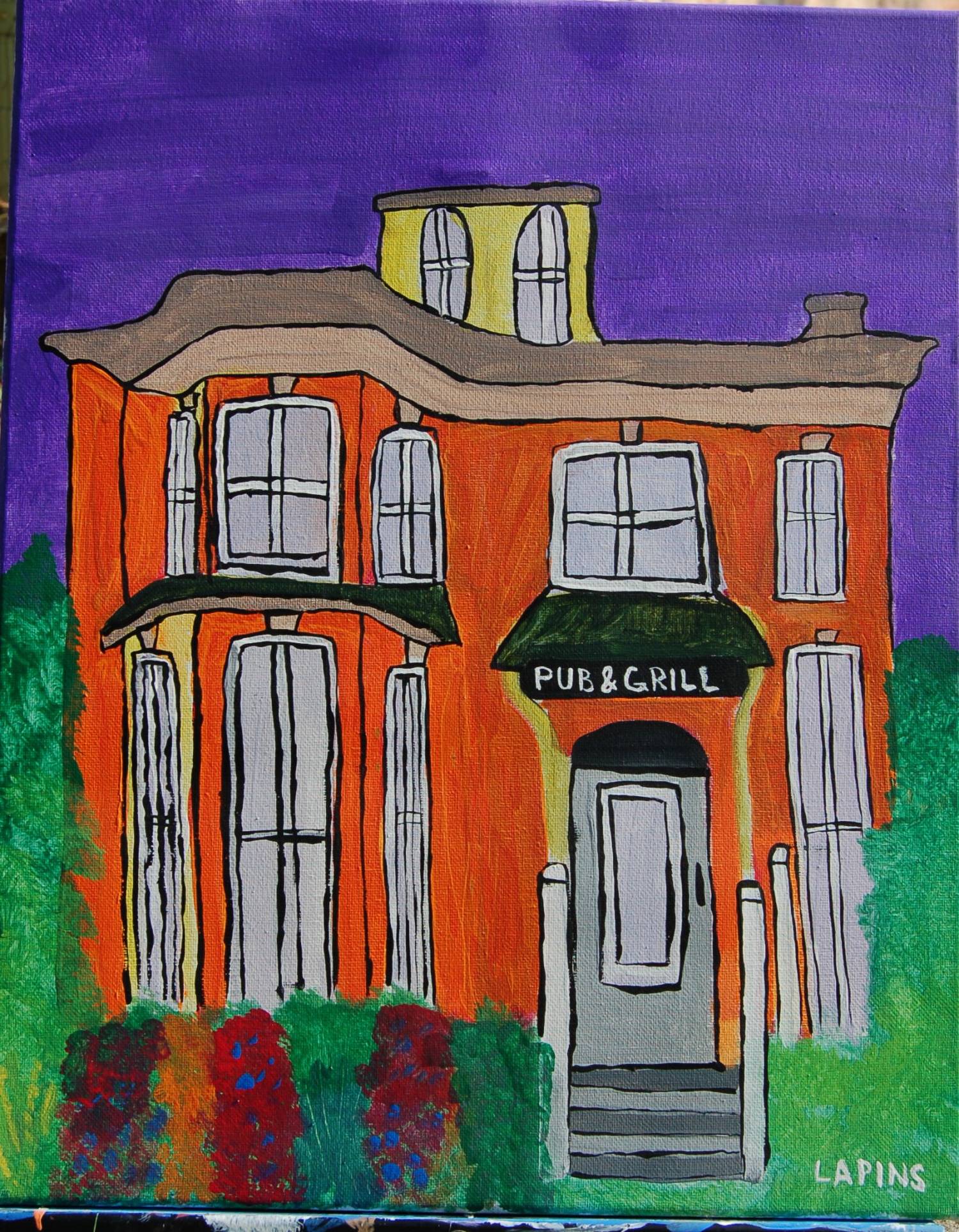 When it came time for Twist Out Cancer to come up with its tagline, Kenny Lapins was the one who encapsulated TOC’s mission in just three words: Share. Connect. Heal.

Lapins, an artist, writer and non-hodgkin’s lymphoma survivor, has a 10-year history with Twist. A few years after he wrote the famous tagline, Lapins began exploring his artistic side and learned he had a knack for painting.

“If someone had told me I would be a painter one day, I would slap them in the face,” he said. “I cannot draw.”

But he could paint, and Lapins discovered his secret talent when he attended a paint-and-sip class with a friend.

“The teacher was walking around, and they walked behind me and said ‘How long have you been a painter?’ I said ‘15 minutes.’”

That night kicked off a new passion and as he pursued painting, Lapins knew he wanted to be a Brushes with Cancer artist. However, he knew the timing needed to be right.

That timing came in 2019, when Lapins participated in his first Chicago Brushes with Cancer. The experience was so transformative, he re-applied in 2020 and was matched with Matthew Wolniewicz. The experience was healing in a way neither could have imagined.

“Oh my god, he’s so much fun,” said Wolniewicz, who is a testicular cancer survivor.

An unlikely pair on paper – Lapins said he’s the writer and Wolniewicz is the thinker – the two are a riot when they are together and fired off jokes at one another during the Twist Out Cancer zoom interview.

“It’s cool and interesting to see how small the world is,” Wolniewicz said. “We only live 25 minutes from each other but without Twist Out Cancer, we never would have met. To make a deep, emotional connection with someone who is such a good person is incredible.”

On a deep level, the two found support in one another through sharing their individual cancer journeys.

“I was blown away by his story because he survived for so long, and it gives you some comfort when that is possible,” Wolniewicz said. “To work with and get to know someone that has been through a similar battle, those odds are pretty remarkable.”

Inspiration at a golf course

To get inspiration for the art piece, the two spent an afternoon together in downtown Naperville. While there, Lapins asked Wolniewicz the places that are most important to him. Wolniewicz listed off the yoga studio, his office and Lapins stopped him.

“Kenny said, ‘No. What was important while you were going through your battle?’”

Wolniewicz immediately knew and the two hopped in his car to drive to the golf course.

“To me, golfing gave me a feeling of comfort,” Wolniewicz said. “Going through battle, my golfing buddies were always talking to me and when I came back, they gave me a sense of normalcy.”

As the two were driving up to the course, rain immediately started pouring down. That rain quickly created a rainbow over the course and Lapins started taking pictures of the scene. He knew he had to incorporate the golf course in his piece.

“It was almost romantic,” Wolniewicz said. “Too bad I was there with Kenny.”

Lapins had his sign, now he just needed to get started. Except, he couldn’t.

“I start and finish most of my paintings in a couple hours,” Lapins said. “I hate to leave things unfinished, and for some reason couldn’t get hooks into this one.”

Although the golf course and rainbow inspired an idea, Lapins didn’t have an automatic “That works!” moment when it was time to create the piece.

“This was more of a journey that he and I went through.”

Lapins knew he wanted to give the piece some gravitas by exaggerating the colors and it ended up being a purple sky that jump started him.

“As soon as I put the purple sky in, I knew that was the direction to go,” he said.

Lapins focused on the Pub & Grill, a dining establishment on the course where Wolniewicz goes to socialize with his golf buddies. Lapins was struck by the building’s architecture and colors and as he painted, he connected to his own experiences as a cancer survivor.

“I was able to apply the things I had experienced in my journey to Matt’s story and brought it to mind when I was painting.”

When the painting was completed, Lapins revealed it to Wolniewicz in a text. The piece was an instant hit.

“Getting a chance to connect with Kenny and see beautiful creation come out of a tough experience is like seeing that rainbow out of a storm,” Wolniewicz said. “This has been really gratifying to me.”