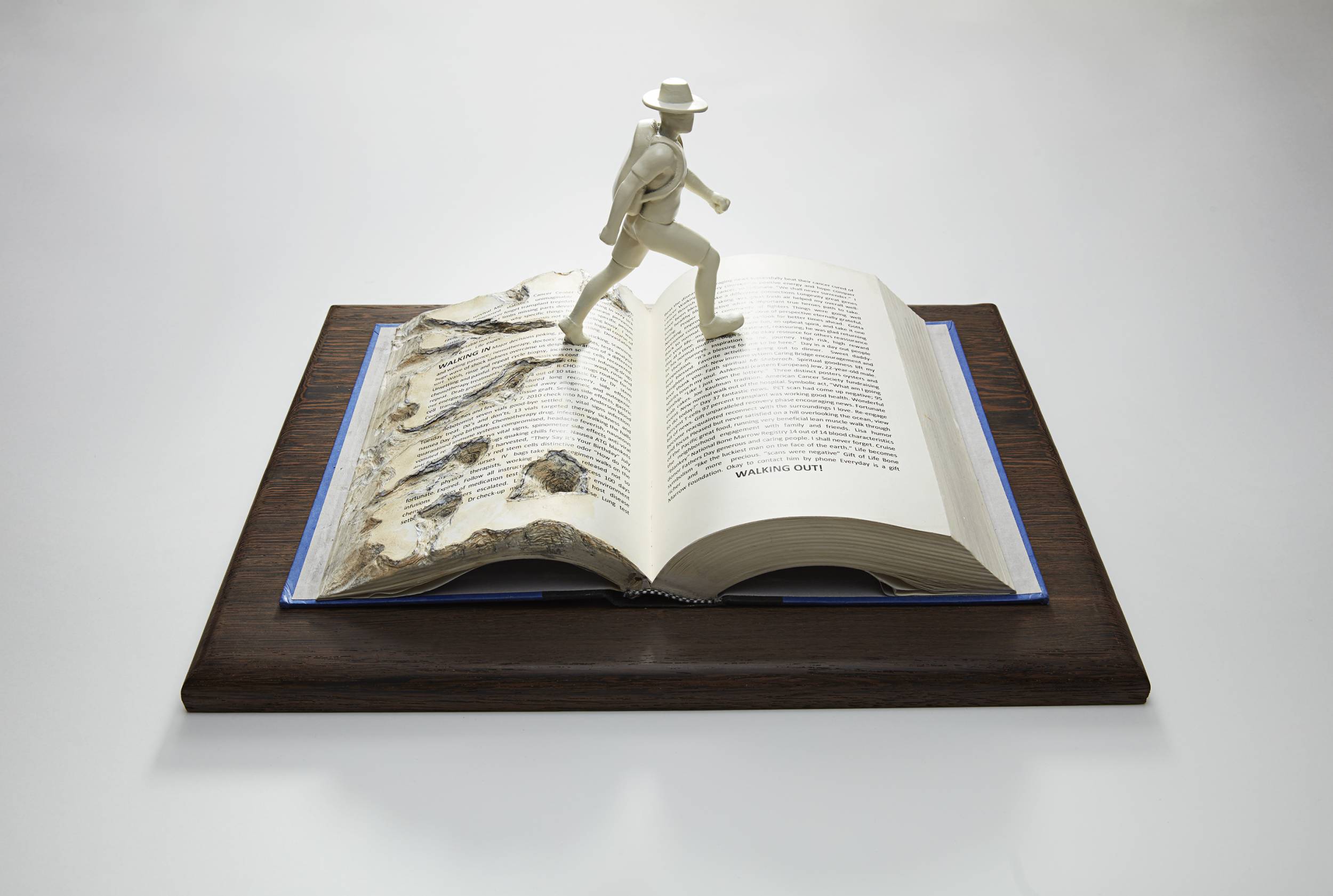 “Walking in Walking Out”

Artist Statement: We met our inspiration (Bob Kaufman) one evening for a brief introduction, he told us about his experience with stage 4 Non-Hodgkin’s Lymphoma. The three things that most impressed us about his story were the strong motivation to walk into the hospital and to walk out of the hospital after his treatment, that he wants to help others by telling his story, and that he now intends to live his life to the fullest extent. We used this inspiration to think and brainstorm over the following weeks. One night Bryan had a dream that was the main inspiration for the sculpture. The man is a figurative representation of Bob and his walk from cancer to cure. The words on the first page are Bob’s words, taken directly from his book Replenished. These represent the unpleasant and challenging parts of his story. The second page is also Bob’s words that represent the positive good days and outcomes of his story. And finally we named the sculpture Walking In, Walking out because that was a very profound part of Bob’s story. It represents his strength and courage to follow through with the fight to beat his cancer.

Twist On Cancer: Stage IV Non-Hodgkin’s Lymphoma in January 2009. After six months of traditional therapy, I was equally surprised to learn that the cancer had returned. Following a successful stem cell transplant in 2010, I wrote Replenished, as a way to provide hope and encouragement for others facing blood cancers. I believe the what-to-expect story for those considering stem cell transplants has helped others in their own battles with their disease. This was my way of giving back to the cancer community that was so supportive of me during my fight.